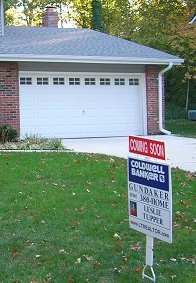 Should I Move or Stay:

I did consider the thought of moving, focusing on the idea that going to a new place would separate me from all the trauma represented in our home.  Initially, I was not convinced that moving or staying provided any significant relief.

Over the long haul, if you are anything like me, you can convince yourself – and express it openly – that things are a certain way. Then time passes, and you encounter endless situations that will coincide or conflict with your previous positions. It is essential to keep this in mind when you listen to someone else that what they tell you today may change significantly the next time you see them. That is the way I experienced it.

Finding lasting peace requires more serious thought, which you are incapable of initially following the loss.

I have known survivors that never returned to their home following the suicide. And I have listened to them and been convinced –under the circumstance – that I would have done the same thing. The violent nature of the departure weighs in heavily in this case.

For me, my wife took her life in our garage at home. Sure, it was intensely troubling at first. I cannot explain why, but in time I was able to separate the garage from the house in my mind. I did not use the garage for months, but then I picked up with my contract teaching and was away a lot. But then winter arrived (about eight months later), and I began to park the car inside again.

As time moved along, I began not to focus on it. I guess I thought I had passed that crisis, however, I never lingered there.

Then coming home one night, I was in the midst of a serious phone conversation. I hit the open button, drove inside – and since it was cold – closed the door and continued to talk. The operation of the garage door opener retained the inside light briefly – allowing you to get inside. In this case, the conversation was still progressing when the light timed out. Instantly I learn that I had not passed the crisis as I thought. I never closed the door again until I was ready to go inside. I never sit in the car with the door closed again. I suppose we all develop quirks.

In the succeeding years, I convinced myself that I could NEVER leave this place. Kathleen, my closest friend in all this, told each other we would never move away and leave each other.

So I began to fix the place up to live out my retirement years “at home.”

I was moving into my sixth year when Kathleen, my friend, through all this,  peacefully passed away, sitting in her easy chair at home.

Then three grandchildren 350 miles away came along, and I realized I would never really know them if I stayed. I could only know about them. So I moved. For that fact alone, moving was good for me.

It was not all good. I moved away from neighbors and friends that I had shared life with for over three decades. I came to Tennessee, thinking I could recreate that here. I now realize I do not have enough life left to rebuild that here.

But along the way, I have found PEACE, and I have crossed the 21-year marker. It can never be the same . . . but it has been excellent.