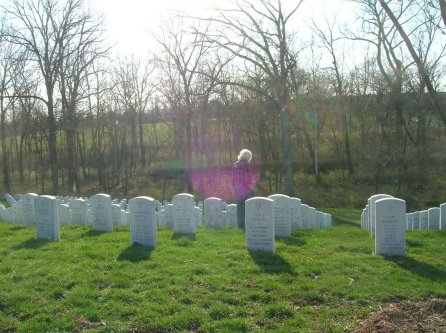 Memories emerge with different triggers. Some reflect moments in time, some in writings and song lyrics, while others are dynamic, spur-of-the-moment thoughts. Then some are associated with significant markers on our timeline.

Memories will cycle me back in time or launch me into tomorrow's.  All the while, I carry my emotional baggage.

New Year's resolutions can take disappointments and transform them into dreams. Memories of my past and the hopes of my future continually churn.  In accordance with my faith, Rebecca, my wife, having chosen to leave this life early, has been reunited with her sister, Ruth, who died at eighty-nine.

Ruth's service flooded my brain with memories. With my in-laws, my son and I shared events of days-gone-by. Our minds filled with joy and moments of sadness.  My thoughts revolved around growing up, marrying, and moving away.

Ruth's memorial took place in Arkansas, Rebecca's homeland. It was there; we married and went on to spend the next three decades together.  My son, Michael, did all the driving that allowed me seven hours of fellowship going and coming.

Ruth's burial was private, in their family plot.

Seventeen years earlier, I had done the same, with Rebecca's ashes. I had my pastor and a friend share the interment. I would do the same thing if I had to do it again. Privacy has unique benefits under these circumstances.

Today, I commonly fall back on memories of the good times, but inevitably that trauma moment intervenes. It was just five words, "Rebecca has taken her life." Instantly our plans and dreams vanished, and anguish consumed me. It would be months before I could consider anything. I just operated on instincts (spur-of-the-moment stuff.)

Following the trip, three females that I met through a suicide support group shared dinner and an evening. One of their husbands came with us but sat quietly on the side. The four of us had spent over three years together every Thursday night. We came to terms with the suicide thing. It again, confirmed the value in shared grief, since everyone will do it in one way or the other.

Together we talked through past struggles and the turmoil of establishing new dreams for the tomorrows. Once, we could never have imagined this. It had been almost a decade for them in the quest to find PEACE after suicide.

For that evening, we could turn off performance mode and be who we are now. That evening exuded relief for us. It takes significant emotional resources to hide out inside, and at the same time, perform outwardly for effect. This process compromises a substantial portion of one's character. It somehow distances you from yourself.

That night was like a pardon from a sentence we were serving. We shared the processes we developed to sorting through our debris, emotions, including how we regained control of ourselves again. The four of us, with no roadmap, had struggled through the aftermath together. I came away with a firmer sense of where I fit into this world.

Part of our conversation involved the perplexity of trying to explain ourselves. Recognizing that our friends expected us to return to the "who we were before." Then moving on to the friends who were unwilling to wade the swamp with us and disappeared, never to return.

The emotional energy was limited in those first years. It took time to realize I could not go through, on an individual basis, the details with everyone interested. My emotional gas tank would run dry.

Everyone grieves and sets priorities differently. Somethings, a survivor, has to let go of, or remain stuck. But from all that chaos, new relationships formed. Many would never have occurred, except for these circumstances.

As I reflect on things today, two decades later, I have invested considerable time trying to help others on the trail behind me. It has been one of those, "I can do this, I should do this," yet "I would rather not be here . . . period." It is an obligation for me, now, considering all the help I was given.

As the years have passed, my hearing has become a handicap. Even with new hearing aids, I am uncomfortable moderating a group by myself. Background noise associated with multiple conversations remains impossible to decipher.

How will 2020 end? I am clueless, maybe next New Year's Eve will provide some clues other than losing weight.

I no longer have grandiose dreams about changing the world regarding suicide. That is a common theme in grief support, contrasted with "just do the next thing." I have resigned myself to this role.

As the years have progressed, meaningful things have continued to appear on the horizon. Finding Peace After Suicide involves many struggles and decisions. No one but survivors can control their chosen path.

We have to step out in faith and stretch beyond our comfort zone. It is about setting realistic goals and recognizing all the hard work it takes to establish a plan along with the motivation to execute that plan. That was once Management 101 for me.

Peace will not mysteriously appear. "Time heals all wounds is a myth. I always think that if I can attain PEACE, well, anyone can.

FindingPeaceAfterSuicide.com is something I have been remiss in moving ahead on. Finding PEACE is what I hope to help others to do. That is my ultimate goal, along with assisting survivors to "do the next thing," the current task.