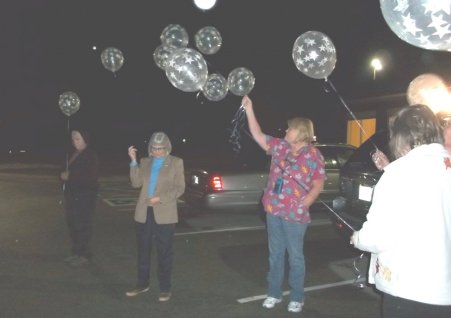 Left Behind By Suicide SOS - Thanksgiving in Centerville, Tennessee

In the early days following a suicide, things are said and seen that can never be "Un-Said or Unseen."

During those times, my reasoning was, let's say, dysfunctional. It seems all too common that I remembered the worst parts of every encounter. There was a good reason for that since I immediately rejected or judged everything as dysfunctional.

I spend the months that follow the event sorting through all the harmful debris. I think all survivors do.

Outsiders could only pick up on my frowns or smiles as signs since they cannot see what was inside me. Most of us go into what I call "Performance Mode." We take on an acting role that masks all the chaos that is churning in our hearts.

Is there any solution for this? I don't know of one. It just seems to be part of our human nature. We just do it. Some are better at acting than others.

It is typical for those we meet to judge us. It is what we all do, few exceptions.

I don't know a great solution for this. It is easy to get trapped in the blame game since everyone is blaming someone, something, and commonly GOD.

Another common trait is for people to say something about everything. Opinions are sometimes well thought out, and others are a spur of the moment or half-baked.

Reflecting over the years, I frequently change my mind over, which is worse scenes or comments. I think it mostly depended on my mood. All the while, we do (or can) have some control over the way we remember things. It gets easier as you age and memory fades.

Here is another place that forgiveness (and yeah, it is possible to develop forgiveness) is vital. I did not believe it in the early years, either. But I have finally come to realize it is common for folks to speak without engaging even one brain cell. And honestly, I do that myself more often than is helpful.

I don't know a better word to use than "stupid." Spending time trying to figure out some of the things people say is a waste. Confronting them is even worse. And both parties will walk away more wounded than before.

There is no way to un-hear what is said or how you interpreted what you heard (or think you heard.) I had to let this kind of stuff go consciously. You will make a lot more headway smoothing the waters than stirring them up.

I often find myself thinking, "I cannot believe I just said that." Because of all the years since the suicide, it a lot easier for me than most of you.

As time has slipped away, the more common troubling issues for me are avoidance and rejection. I have reached the point where I appreciate folks that engage me - and I can go way thinking (if only momentarily) that felt good or goodness that was just plain crazy. Not being avoided is better for me. Probably due mostly to all those people in my life that just disappeared.

Here is just another place it is up to us to educate those we can and let the rest go. We cannot right the world single-handed.

So, I suggest you carefully chose what goals you take on since these can potentially make you a better person and subsequently rub off on your friends . . . in time.

And, you can be more at peace. blessings, dJ