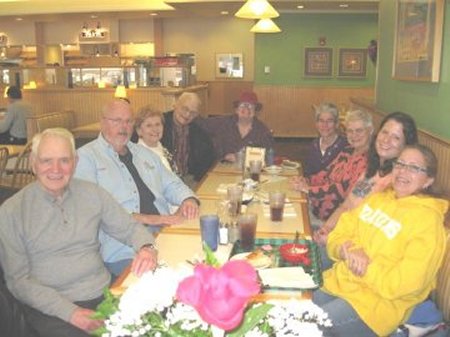 The Stigma Of Suicide:

Emotional disconnects occur when someone chooses to end their life. We understand a lot and yet so little on the subject.

Folks not directly affected by suicide react impulsively and often verbalize half-baked ideas.  Most of their thoughts are adopted and rarely helpful to those left behind.

Dropping into defense mode happens in the blink of an eye, reacting to what survivor’s sense is pending judgment.  As a result, survivors acquire an instant passion for changing all of this.

The anguishing backlash of judgments first surface as friends disappear.  At the same time, others you would never have expected emerge to offset these departures.  There are warriors in your tribe

Not to realize the stigma is inconceivable.

A passion to change all of this is instantaneous.  Unfortunately, this stigma has endured throughout recorded history.

A preliminary shock came from reading a book by an A. Alvarez, of the United Kingdom.  The book reveals the way the body, family and worldly possessions were handled for those that ended their own lives in previous centuries. The book is “The Savage God” A Study of Suicide, printed by W. W. Norton & Company . . . London and New York, Copyright 1971.  WARNING: I do not recommend reading this for the first few years. It is blunt, but it drives home the stigma of suicide.

Fortunately, things have progressed since those days.  The Christian Church in all its denominations has weathered the storm. The Catholic Church led out in this area.  During the early 1960’s, an official position of judgment, regarding a Suicide, was made. The Second Vatican Council of 1962, altered the posture of their Church on the matter. Their books of Catechisms (doctrines and teachings) and the succeeding Compendiums reflect this change.

While I am not of the Catholic Faith, I feel compelled to share what I have learned.  I am impressed by the enormous work that has been given to create this Catechism of the Catholic Church.  I know of no other Christian denomination that has any teachings documents that would rival this work.  The copy I have is the 1994 English Translation by the United States Catholic Conference, Inc. and over 800 pages in length.  Four sections make up this document.  Part I is the Profession of Faith, Part II is the Celebration of the Christian Mystery, Part III, is Life in Christ, and Part IV is Christian Prayer.

2281- Starts out “Suicide contradicts the natural inclination of the human being to preserve and perpetuate his life.”

2282 – Starts out “If suicide is committed with the intention of setting an example, especially to the young . . . “

Goodness, I respect what has come out of this Catholic effort some fifty-six years ago.

Even with all these years, the religious community remains divided on the issue of Judgment for suicide.  Law has changed even stipulations within life insurance policies. So it should not be surprising that the general public is divided.

The stigma of suicide has preceded our lives and will succeed us.  I see no reasonable way to change that on this planet with over eight billion inhabitants.

Returning to the moment - within our tribes it is unreasonable to expect we can dissolve this dichotomy of opinions.

Recognizing this unchangeable stigma is step one in Developing Coping Skill.  I did not want to accept this at first, so it took a while to digest.

The general public has few ideas; what to think, say or do. So their initial reaction is to back away and avoid the situation.  These reactions may appear judgmental and in some cases probably are.

It is awkward to be avoided by friends and devastating that some just disappear.  For myself, I find I must accept this like many other things I don’t agree with and wish I could change.  Alas, stigma bonds with suicide.  That is just the way it is.

All of this to say, those left behind today are handled much kinder (though it may not seem that way) than the survivors of previous generations.

The acknowledgment of grace and mercy could do so much more to lift the stigma that suicide carries to this day.